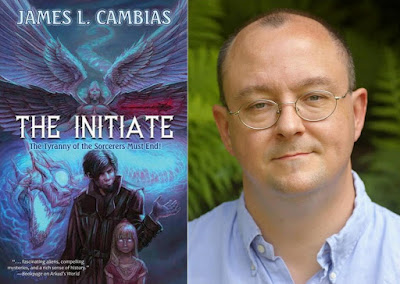 Sunday, Feb. 23, 2020, 3 pm: Author James Cambias appeared at Flights of Fantasy Books and Games to discuss and sign copies of his latest his book, The Initiate. A world run by a secret order of sorcerers rule the world, and the Initiate plans to take it away from them. Described as a cross between John Wick and Harry Potter, The Initiate combines action, thriller, and fantasy, creating a gritty noir atmosphere in a modern urban fantasy.

Cambrias is also the author of Arkad’s World, which Publishers Weekly described as, “Far-flung adventure . . . Cambias offers up an entertaining coming-of-age novel filled with action and surprises. His aliens are suitably non-human in mannerisms, attitudes, and objectives, and his worldbuilding suggests a vast universe ready for further exploration. Readers . . . will find this hits the spot.”

James L. Cambias is a writer, game designer, and co-founder of Zygote Games. He has been nominated for the James Tiptree Jr. Award, and the 2001 John W. Campbell Award for Best New Writer. He lives in Western Massachusetts.


Saturday, November 30, 2019, at 5 pm: Reed Alexander returned to Flights of Fantasy for a second appearance this year! His new book, The Flagellant: Suffering is 9 to 5 from Page Publishing introduces Mahdoc, a soldier of the Inquisition possessed of inhuman abilities to aid in his mission of eradicating nests of evil wherever they are found! Previous works by Alexander include In the Shadow of the Mountain and Bend or Break. 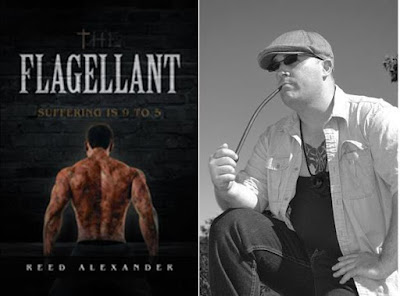 Saturday, November 2, 2019, 5 pm: Kyle Massa, a native of upstate New York and author of the recently released Monsters at Dusk (2019), and his first novel Gerald Barkley Rocks (2018), appeared at Flights of Fantasy for a book signing. Massa’s speculative short fiction has also appeared in Allegory, Five on the Fifth, Chantwood Magazine, and elsewhere. Massa is also a dedicated player of Magic: The Gathering.

Friday, October, 18, 2019, 7 pm: Michael Z. Williamson, author of the Freehold series and the Target: Terror series appeared at Flights of Fantasy. His book, Wisdom from the Internet was nominated for a 2015 Hugo Award for Best Related Work and has sold a half million copies of his works. 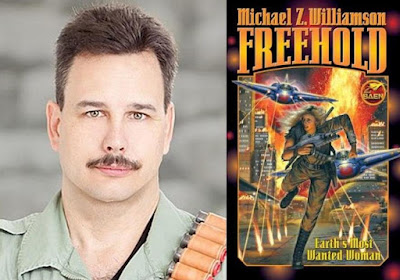 Cipolla is a former PR and Advertising executive with over 25 years’ experience in the industry having worked on everything from Coca-Cola campaigns to fashion and medical imaging. A unique and engaging presence, Cipolla brings a Rat Pack sensibility to his approach in life, and writing!

Dani Daniels is a former Penthouse Pet of the Month (Jan. 2012) who has won numerous awards in the Adult Entertainment industry. Additionally, she is a New York City-based artist specializing in pointillism and whose subjects include animated and pop cultural icons.

Saturday, July 20, 2019, 5 pm — 7 pm: Reed Alexander, author of In the Shadow of the Mountain, released May 24, 2019, from Madness Heart Press. Alexander, also the author of Bend or Break, appeared at Flights of Fantasy to discuss his work and sign copies.

In the Shadow of the Mountain Synopsis: The quiet town of Kodiak Lake is great place for snowmobiling and ice fishing. It's a picturesque Adirondack village that's a destination location for a select type of winter lover. But something is wrong in the Adirondack mountains. Some people have begun acting oddly, and others are terrified. What stalks the winter wonderland seeking refuge inside the residents of this sleepy town, and what is watching from the shadows with far too many eyes?

Saturday, May 18, 2019, 5:00 pm: Author Benjamin Gamble appeared at Flights of Fantasy to discuss and sign copies of the Young Adult novel Dragons Suck, released May 14, 2019.

Synopsis: “Harkness is absolutely not a hero—but unfortunately for him, he’s been volunteered by his village to save the world, and he quickly finds that modern-day sarcasm is no match for ancient dragons.” 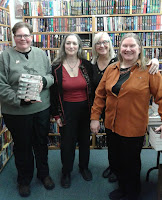 It was STANDING ROOM ONLY Saturday, March 23, 2019, when authors Anne Bishop, Kristen Britain, Deborah Blake, and Julie Czerneda appeared to discuss and sign copies of their books. 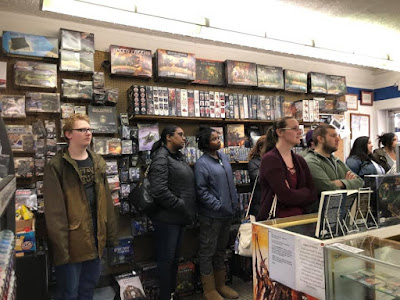 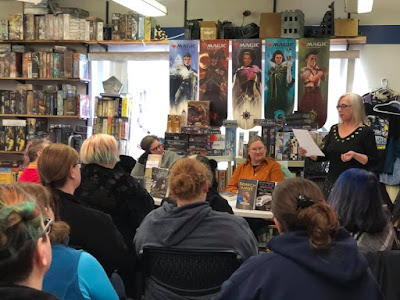 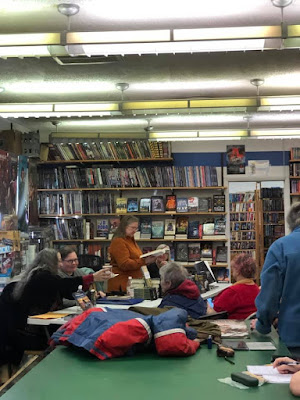 Anne Bishop discussed her newly released novel Wild Country. Bishop is author of Lake Silence, the World of the Others, the Black Jewel Trilogy, and the Tir Alaim Trilogy, the Ephemera series, and the Courtyard of the Others series, which includes Marked in Red and Murder of Crows.


Kristen Britain, is author of The Green Rider series and Julie Czerneda, author of To Guard Against the Dark. 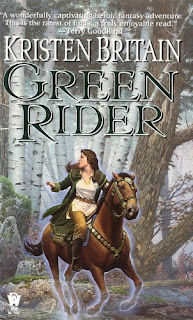 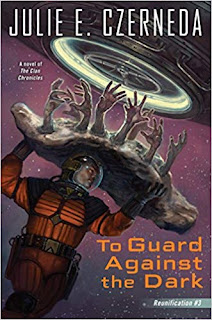 Also appearing was Deborah Blake, author of the Broken Riders and the Veiled Menace series. 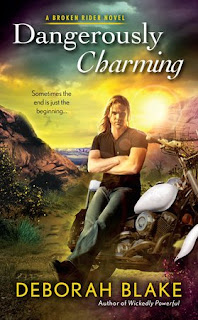 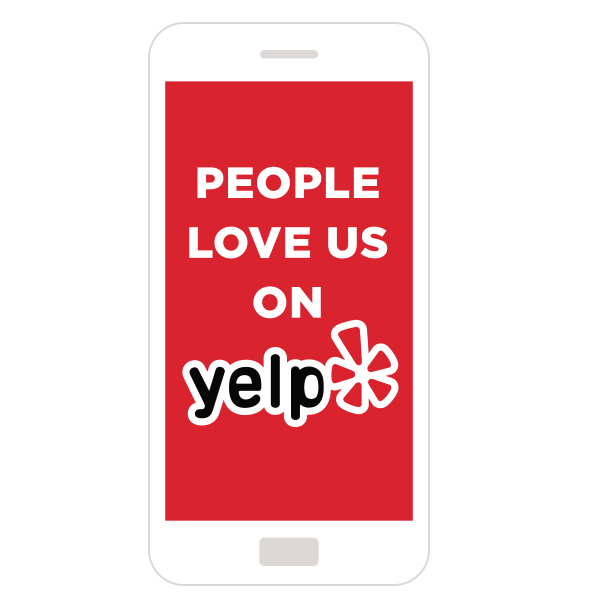 People on Yelp love Flights of Fantasy Books & Games — You will too!